The forests of Wisconsin are home to many creatures; among them are the Saw-Whet Owl and the Red Fox.

Although parts the forest are cut for timber it is good news that since the 1930s, much marginal crop and pasture land has been planted with trees or reforested naturally, so the state has more forest land than at any time since inventories began in 1936.

Featured in this stained glass window near the river’s edge are two of the forests inhabitants. Both stunningly beautiful and rare to catch a glimpse of; it must feel like such a privilege to see them when walking through the forests lush environment.

The red fox is cautious and smart; it has extraordinary powers of hearing and will drive down a hole or slink silently away if it hears a human or dog approaching. It can run up to 45 mph if need be.

They were first brought to the United States in colonial times by the British. Unlike the native Gray Fox; often called the tree fox, red foxes are unable to climb, but can jump up to lower tree branches quite nimbly. They are built like a cat with unusually thin light bones.Their eyes are rather catlike too, with pupils that are vertical which help them to see in the dark.

They are social animals and live in packs. Both the mother and the father help to raise their pups, occasionally older siblings will help care for the young ones, bringing them food. They will eat almost anything including berries, worms, spiders, mice and even jam sandwiches!

The second creature depicted in the panel is the Saw-Whet Owl. These tiny owls are one of the smallest of the owl species. They too have a cat-like quality with their huge yellow/amber eyes. These eyes are perfect for seeing in the dark, but their vision is somewhat blurred and faded in daylight. Their night vision helps them to hunt for food such as mice and insects.

Like the fox they can be hard to spot, they are highly nocturnal and nest in tree cavities, well tucked away to hide, eat and mate. They are very recognizable with distinctive markings, dark rust in the chest with a mix of white and black feathers to frame their beautiful eyes.

Walking in the forests of Wisconsin you may be more likely to hear the call of a Saw-Whet Owl or Red Fox rather than see one. But peaceful patience can be so richly rewarded by the unexpected encounter with one of these majestic treasures of nature.

It has been an enjoyable project researching and creating these creatures in their United States Wisconsin environment. Being British my work is often set in the English landscape. I have relished this opportunity to learn more about the flora and fauna across the pond. Nature is so amazing in all corners of the globe, how privileged we are to witness such beauty. May it be preserved for ever for the sake of us all. 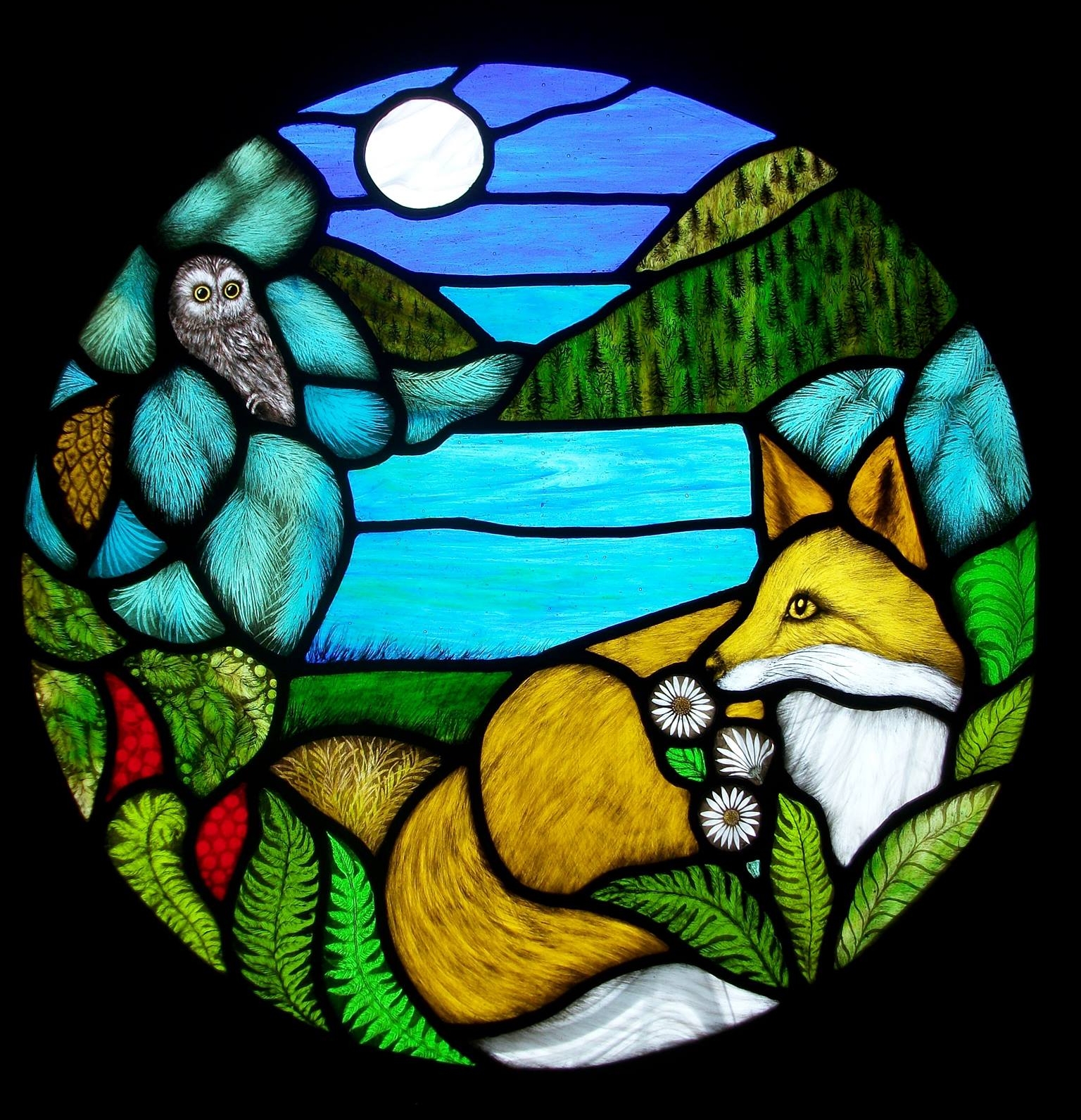